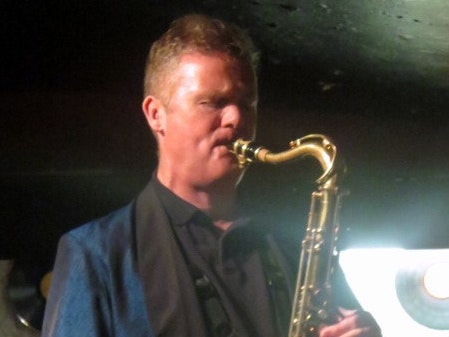 Award-winning British saxophonist and composer with a worldwide reputation and whose musical interests embrace both jazz and music from cultures around the globe. Renowned in Europe as the "Fantastic Englishman", Ballamy established himself playing alongside notables including Hermeto Pascoal, the late Gil Evans, George Coleman, Dewey Redman, Mike Gibbs and the New York Composers Orchestra.

His distinctive saxophone voice can be heard in his improvisations for the BBC Radio 4 play 'Signal to Noise' by Neil Gaiman and Dave McKean, the movie 'Legend' and a documentary 'Joseph Losey - the Man with Four Names'. Ballamy also scored the award winning film 'Mirrormask' directed by Dave McKean for the Jim Henson company.