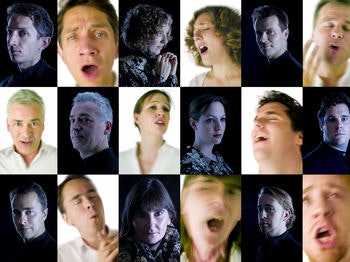 I Fagiolini is a British solo-voice ensemble specialising in Renaissance and contemporary music. By 2013 it had released 19 CDs and 2 DVDs including

the world premiere recording of the Striggio 40-part mass which won the Gramophone and Diapason early music awards in 2011.

'A nice line in witty introductions' (The Independent)