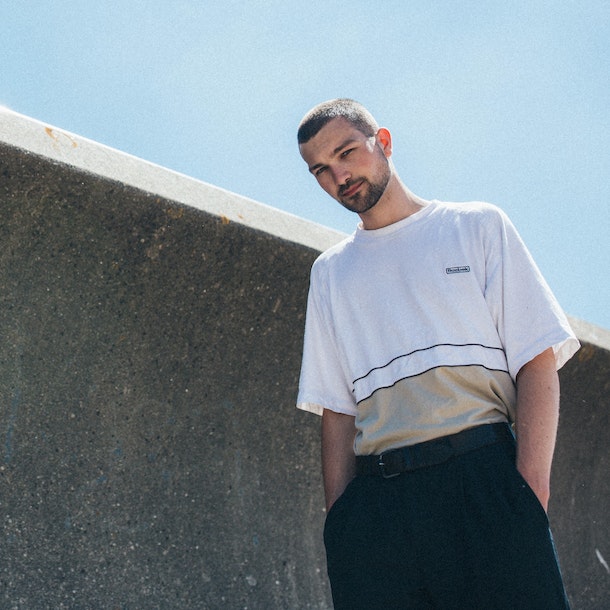 Calm and understated, Bristol’s Harvey Causon is not looking to blow you away with a wall of sound. You’ll be blown away instead by his soft, glitching electronica, deft take on contemporary R&B, and reeled by his rich vocals, that sound far more world wearied than his 20 years.

‘Worn You’ is his latest collaborative single with flatmate and 'Cabrakid' producer Gabriel Gifford; the first from the pair’s forthcoming EP ‘Murphy’s Hand’. The track was premiered on The Line of Best Fit and Huw Stephen's BBC radio 1 show. With nods to other contemporary artists Jamie Isaac and James Blake, the ambient piano ballad has a nervous energy but it’s dub tinged rhythm, clever production and fragile yet soothing vocal set it apart.

After moving to Bristol last year, Harvey quickly released his ‘Introspect EP’, a collection of songs that he had been sitting on for a while. Eclectic, but polished, the stand out song from the release, ‘Systems’ was given a remix from rising hip hop duo Cabrakid. This earned Harvey an appearance at 'Cabra’s' support slot with Loyle Carner after the rapper heard the track.

In October, Harvey released his single 'Frisson' with local Bristol label Leisure Records. Not only did it gain attention from indieshuffle and Bristol Live but it was described 'an impressively diverse three minutes' for DIY's NEU Pick of the day. It has since hit 180k streams, earned spots on NME and Spotify's 'Office' and 'Left Of Centre' playlists.

The success of his material, and his enthusiasm, led to an invitation to play a full band Maida Vale Session with BBC introducing in the West. He has appeared at The Great Escape, Dot to Dot and 2000 Trees Festivals and has Puma Blue, Chelou and Childcare supports under his belt. Having multiple festivals in the pipeline for 2018 and BBC Introducing on his back can only preempt an exciting career prospect.

Follow Harvey Causon on Ents24 to receive updates on any new tour dates the moment they are announced...

Here are the most recent UK tour dates we had listed for Harvey Causon. Were you there?