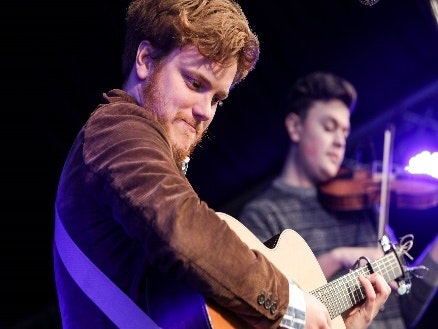 Greg began his career in folk singing at the age of 14, performing floor-spots at Chester’s Raven Folk Club but, with remarkable speed, established himself as a singer, musician, songwriter and song interpreter of great promise.

In 2011, Greg teamed up with fiddler extraordinaire Ciaran Algar of Tri fame and the rest (as they say) is history. Greg and Ciaran have taken the British folk music scene by storm, clinching two BBC Radio 2 Folk Awards -The Young Folk (2013) and Horizon Award (2014) With two widely acclaimed studio albums on the Fellside label to their credit (The Queen’s Lover and The Call) and a live DVD (In Concert) they really have fulfilled their promise.