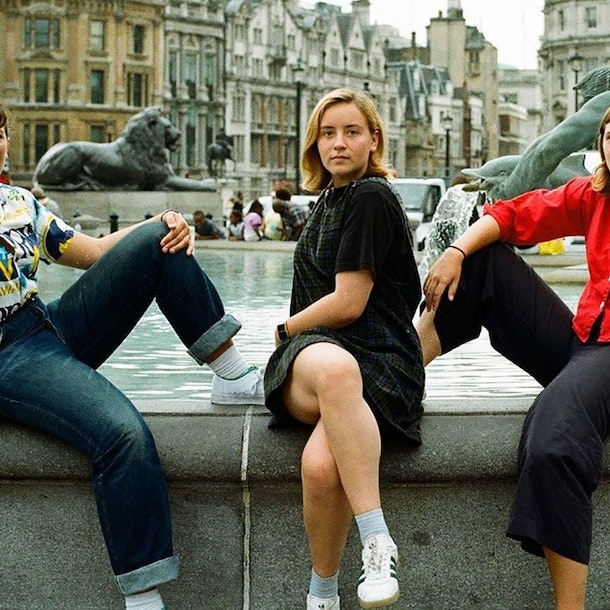 North London female indie pop three-piece Poppy Hankin (vocals, guitar), Iris McConnell (drums) and Sophie Moss (bass) are Girl Ray, a band influenced by the old C86 Indie scene along with the more contemporary likes of Cate Le Bon. Formed when all three members were just the age of 16, they have created a sound mature beyond their years, with echoes of Nico meets The Beach Boys.

"The influence of shambly 1990s indie such as Pavement and, most obviously, Gorky’s Zygotic Mynci, is clear on their winningly gauche debut, but it stands in a longer line of British faux-naifs stretching back through Postcard Records and the Raincoats" - 4/5, The Guardian