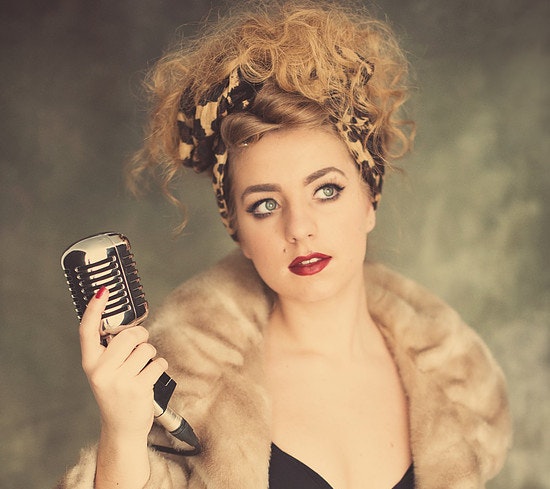 Georgia has been writing songs and playing the piano from the age of 10. With her band The Vintage Youth, this musical powerhouse is delivering a refreshing brand of music that smashes through the traditional genre barriers by mixing jazz with reggae and ska, ragtime and even pop.

Her clever compositions blend influences from Louis Prima, Sarah Vaughn, Nina Simone, and more recent legends like Amy Winehouse, Paulo Nutini and Paloma Faith. And when combined with the young artist’s compelling stagecraft and soaring vocals which range from deep to delicate, every performance ends with the audience on their feet screaming for more.

Her debut single “The Girl” was released in November 2015 and garnered the Westfield/Senheisser artist of the month and her award-winning EP of the same name followed in September 2016 to shortly after be played on national radio and television. The EP showcases Georgia’s unique talent through extraordinary tracks like “Ireland”, "My Guy & I” and "Remember Brick Lane”, having been endorsed by legendary Bass Player, Dave Swift - long standing member of the Jools Holland R&B Orchestra, who featured on her tracks.

In 2016, Georgia and The Vintage Youth were invited to perform live at Gary Crowley’s BBC Introducing Show at the BBC Summer Festival and have since become regular faces on the London scene. Georgia has recently released her album, El Reco.