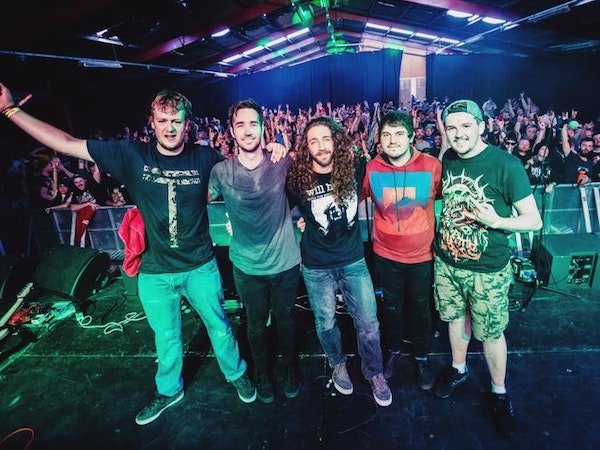 Based across Scotland, Portugal and America, Frontierer has progressed from an online project between Pedram Valiani and Chad Kapper to a live band promoting a 'for free' music model and a convenience-based performance schedule.

With the 1st birthday of their debut album 'Orange Mathematics' recently passed, Frontierer seeks to punish as many corners of the globe as is feasible by adopting a selective, limited performance rota. This is a rare opportunity to see live music with a 'zero bullsh*t' approach.

The band performed their first live debut at UK Tech Metal Fest in July of 2016, paving the way for further live opportunities in 2017 and 2018. Frontierer's second album is nearing completion.