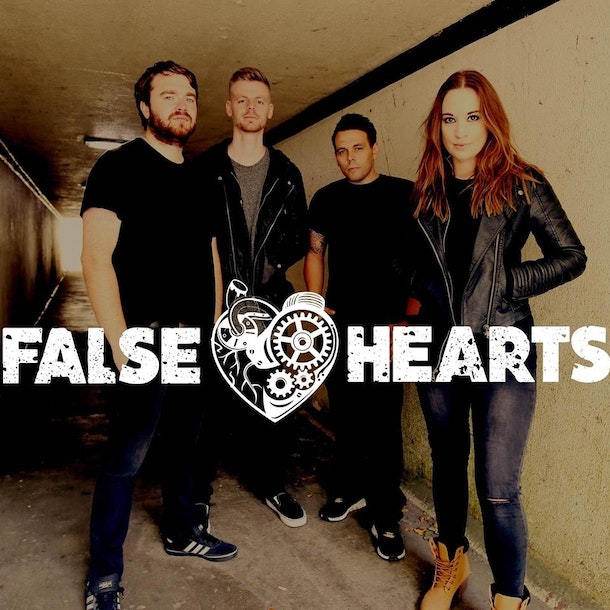 Delivering modern rock with a fiery finesse, False Hearts united in 2016 and soon took the Cambridgeshire music scene by storm thanks to their unique and compelling take on passion-driven, female-led rock. With experience in ventures ranging from rock bands to music studios to full-blown orchestras, False Hearts’ unrelenting drive and multifaceted approach to the art of music has captured the hearts of audiences and critics alike, carrying them from stage-to-stage at some of the country’s most-beloved venues and festivals. Frequently heard gracing the airwaves of prominent radio stations such as BBC Introducing, False Hearts have wasted little time and have even begun to invade the world of movies with their latest release, ‘Cynical Love’, being included in The Strangers: Prey At Night; the sequel to Universal Pictures’ 2007 horror movie The Strangers, which stars Liv Tyler and grossed >$82m at the box office.

After cementing their reputation in Cambridgeshire and even securing a place in the NMG Hall of Fame in their very first year, False Hearts carried this momentum through to London and the wider reaches of the nation, and now boast an ever-growing national fan base. With new music on the way this year now is the time to catch the fast-rising band at one of their numerous festival appearances throughout the UK, which this year include the likes of Cambridge Rock Festival on Saturday 28th July and Mofest on the 25th of August.

A new wave of rock is approaching; join us in fuelling the flames.