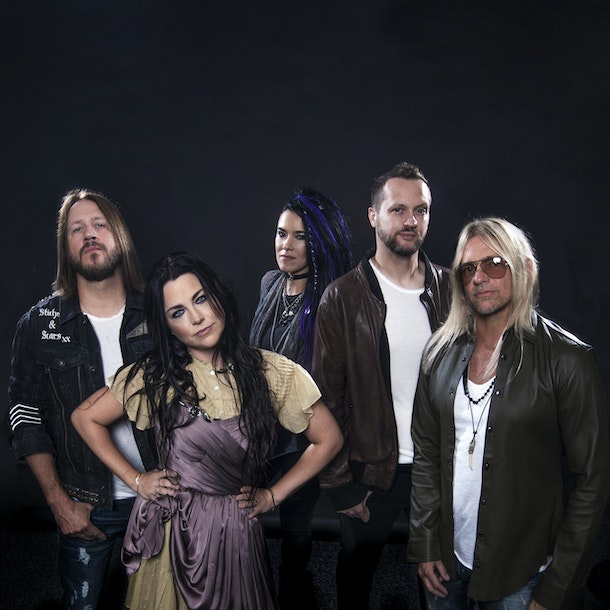 Evanescence is an American rock band founded in Little Rock, Arkansas, in 1995 by singer and pianist Amy Lee and guitarist Ben Moody. With what some call a meteoric rise to the top, Evanescence's first album, 'Fallen', brought them global success in 2003 with two Top 10 singles, 'My Immortal' and 'Bring Me To Life', and two Grammy® Awards that year (Best New Artist and Best Hard Rock Performance for 'Bring Me To Life').

Second album 'The Open Door' was defined by Amy Lee's beautiful melodies, profound lyrics, stunning vocals and poignant piano, merged with Terry Balsamo's urgent, yet intricate guitar playing and formed a remarkable, ethereal blend perfectly rooted in the band's rock and classical sensibilities, including the hit single 'Call Me When You're Sober'. Meanwhile their eponymous third album 'Evanescence' debuted at number one on the Billboard 200 chart with 127,000 copies sold in its first week, and topped four other Billboard charts.

Following a hiatus, the band made a return to the stage at Japan's Ozzfest in November 2015 and have since resumed touring.