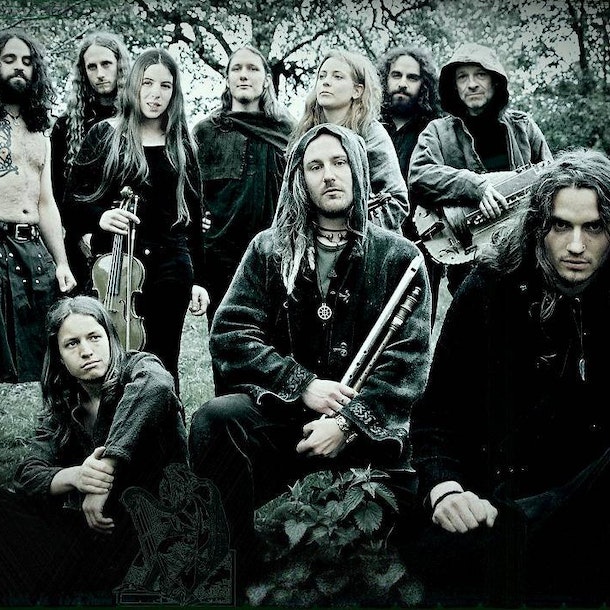 Swiss folk-metal band Eluveitie incorporate folk instrumentation such as hurdy-gurdy, flute, and pipes into an otherwise traditional death metal style, also adding a pagan element channeled through lyrics in the Gaulish language (a dead language in the Celtic family that pre-dated Latin throughout Western Europe).

Formed in 2002 by vocalist Chrigel Glanzmann (formerly of the bands Môr Cylch and Dornwald), the band began as a one-off studio project resulting in the self-financed EP Vên in 2003. The EP was well received in the underground metal community, and Glanzmann and company decided to carry the Eluveitie project forward, becoming a genuine band.

Follow Eluveitie on Ents24 to receive updates on any new tour dates the moment they are announced...

Here are the most recent UK tour dates we had listed for Eluveitie. Were you there?