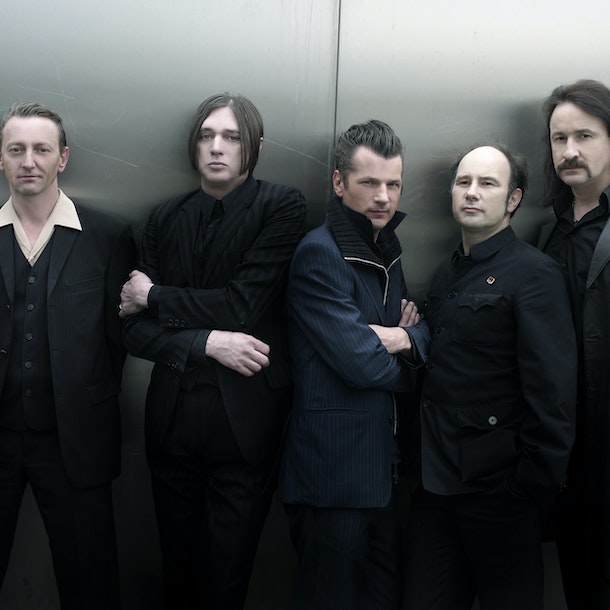 An German industrial band who originally formed in 1980. One of their trademarks is the use of custom-built instruments, predominantly made out of scrap metal and building tools, and noises, in addition to standard musical instruments. Their early albums were unremittingly harsh, with Bargeld's vocals shouted and screamed above a din of banging and scraping metal percussion. Subsequent recordings found the group's sound growing somewhat more conventional, yet still containing many unorthodox elements.

The band has become one of the few German bands to produce genuine, international impulses and they have had an inspirational effect on numerous other bands and art genres, spanning from dance theater, to the fine arts, to film – from Christoph Schlingensief to Quentin Tarrantino.