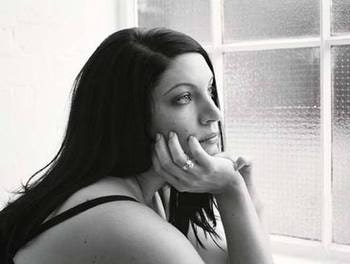 Edwina Hayes is a singer/songwriter who has been a regular performer on London's acoustic scene. Originally from Lancashire, Edwina's beautifully crafted songs and mesmerising stage presence quickly led her to some of London's finest acoustic stages including The Borderline, The 12 Bar Club and Ronnie Scott's.

Possessing unbelievably natural and soulful delivery, her extraordinarily beautiful voice accompanied by gentle finger picking on guitar leaves audiences mesmerised and wanting more. An unforgettable, original and worldwide talent not to missed. Nanci Griffith has described Edwina as 'the sweetest voice in England'. and her version of 'Feels Like Home' was featured in 'My Sister's Keeper' and has received over three million hits on youtube.