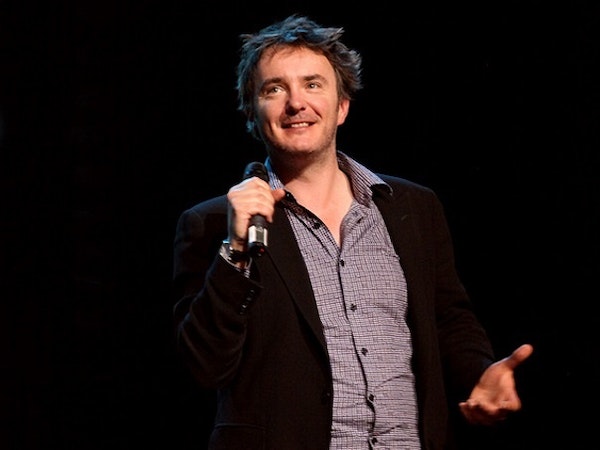 The Perrier Award winner has had huge success as both a writer and performer. He received a BAFTA and a Bronze Rose of Montreux for his Channel 4 sitcom Black Books. His film career has included the smash hit Rom-Com-Zom Shaun Of The Dead, Run Fat Boy Run and A Film With Me In It. His stand up shows have sold out across the world.

Throughout the US, Europe and Australasia Monster, Like Totally and What It Is have cemented this unkempt wordsmith's reputation as one of the foremost comics of his generation earning him the label of 'The Oscar Wilde of Comedy'.

'Jokes as sharp as barbed wire and a comedy brain quicker than a steel trap... Rarely have the rafters of the Playhouse shook so dangerously to the sound of laughter' (The Scotsman)

'A supremely confident performer, his timing for delivering punchlines is something special' (The Daily Telegraph)

'It didn't falter for a moment. This is stand-up comedy of the first order... there's scarcely a word wasted... seriously good fun' (The Times).