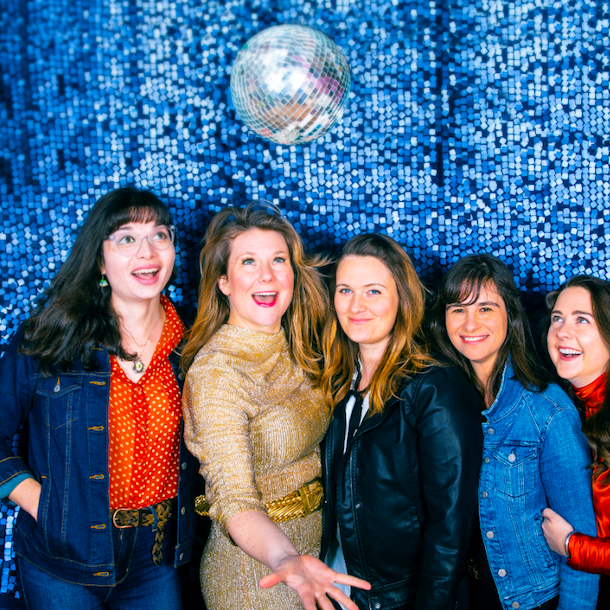 A five piece, all female roots / bluegrass band who prove again and again the endless possibilities found in the tried-and-true marriage of fiddle, fretboard, and voice.

Though they don’t shy away from showing off their considerable technical talent, Della Mae is at heart a song-driven band with vocals that can tell an entire story in the merest syllable, and instruments that play with finesse and vivacity to match. Their 2011 release, I Built This Heart, was an impressive debut, a delicate balance between bluegrass grit and singer-songwriter sensitivity.