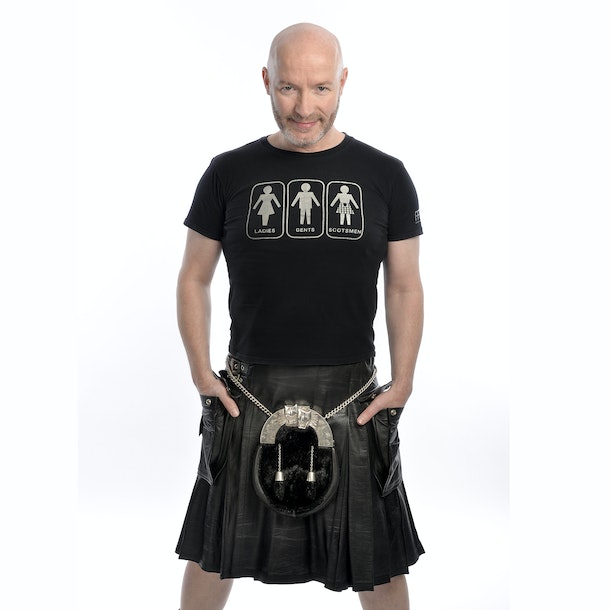 Firmly established as one of Scotland’s best-loved entertainers, and a former winner of the Radio Forth Fringe Award, Craig has sold out all 18 of his Edinburgh Festival Fringe seasons.

His extensive sell-out UK and worldwide tours include regular seasons at comedy festivals such as Sydney, Melbourne and Perth. He has performed at The London Palladium, hosted a specially created alternative variety show Craig Hill’s Forbidden Vaudeville for Lord Andrew Lloyd Webber and in 2015 was UK Ambassador for Montreaux Comedy Festival’s Jokenation contest.

In 2017 Craig donned his gumboots, put on his camouflage kilt and made his Glastonbury debut. The Cabaret Tent will never feel the same again!

“A master of audience interaction, he blew the roof off the full theatre…wonderfully smooth improvisation interspersed with fast gags.” (Chortle)

'High-octane... Irresistible... an hour with Hill makes for a cracking show!' (The List)

'... riotously funny... he is that rare thing, a naturally funny comedian' (The Independent)