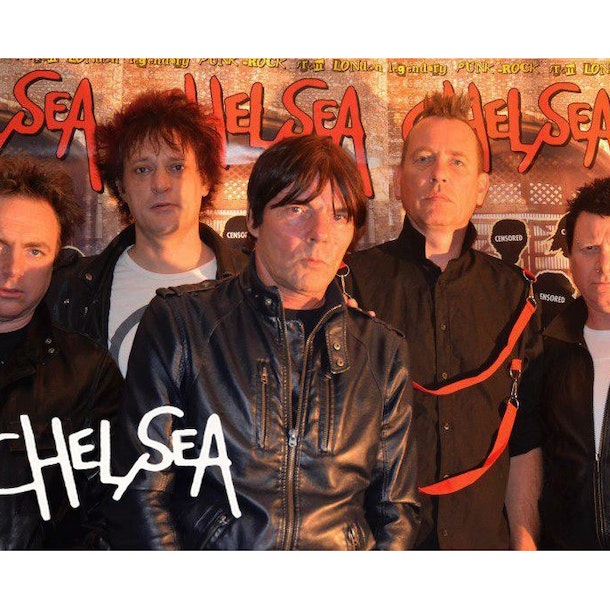 It was in August 1976 that Gene October placed an advert in Melody Maker which led to replies from guitarist William Broad, bassist Tony James and drummer John Towe. On October 18th they made their live debut as Chelsea supporting Throbbing Gristle at London's ICA. It was at this time that Gene convinced the manager of gay London nightclub in Covent Garden called Shageramas, to convert the club into London's first live punk rock venue called The Roxy - a fact for which he is given little credit. The band split in November 1976 where Gene briefly recruited guitarist Marty Stacey & bassist Bob Jessie. The other three former members formed Generation X. When Gene was asked about his former band colleagues he said "Generation X? Oh yeah they used to be in Chelsea."

In October 2011, Gene put The Alternative / Traitors Gate, line-up back together, seeing the return of Nic Austin and Mat Sargent after 18 years. James Stevenson plays 2nd guitar and Lee Morrell completes the line-up on drums.