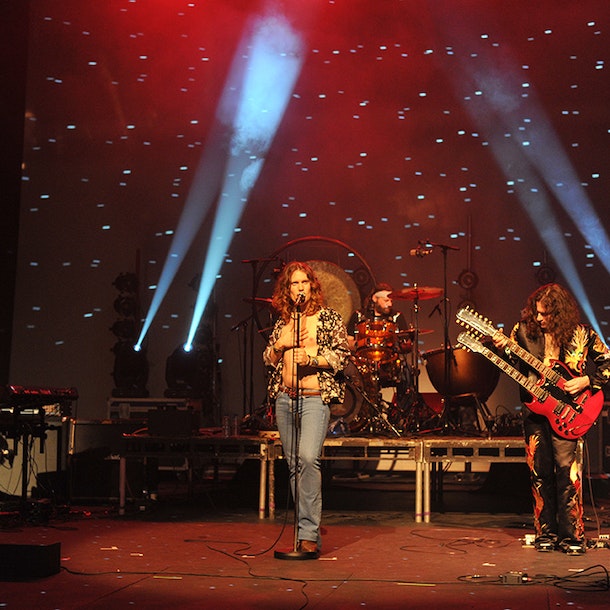 Capturing the magic and excitement of Zeppelin's concerts from the early 70's the band faithfully perform their classic songs, from mellow acoustic tracks such as 'Going To California' and 'That's The Way', to epics such as 'Kashmir' and 'Stairway To Heaven'. With costumes, stage props and multimedia stage production, Boot Led Zeppelin deliver the ultimate Zeppelin experience.

"That was a fantastic performance" - Bob Harris, Radio presenter

The UK's leading (and coolest) Led Zeppelin tribute band capturing the magic and excitement of Zeppelin's concerts from the early 70's. "You seriously won't get any closer than this!" - Fearne Cotton

"John would absolutely love what you're doing" - Debbie Bonham