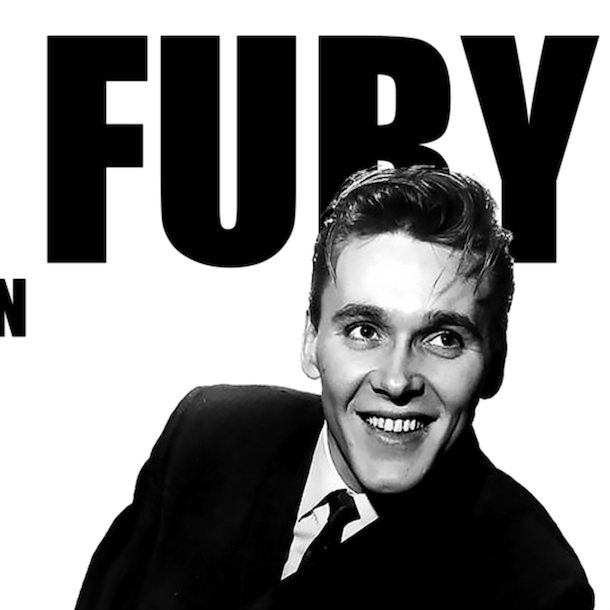 Billy Fury was one of the UK’s biggest and brightest stars throughout the 1960’s and to many he became known as the British Elvis.

He had more weeks in the UK top ten than the Beatles and even they auditioned to be his backing group.

Fury in Sound and Vision is a brand new ‘mixed media’ concept and tells the amazing story of Billy’s life through cinematic footage from the hit BBC4 documentary The Sound Of Fury and sympathetic, vibrant and emotional live vocal performance from West End star Gavin Stanley (Good Rockin’ Tonite!, Ferry ‘Cross the Mersey, Be Bop a Lula, Sun Records the Concert).

With interviews from Len Goodman, Imelda May, Mark Kermode, Vince Eager, Lord Puttnam and many more the documentary highlights just how special Fury really was.

Enjoy an evening of fantastic visuals and vocals from one of the country’s most respected performers and Billy Fury back where he belongs on the big screen in one of the BBC’s most successful music documentaries.

Billy Fury in Sound and Vision tour dates listed on Ents24.com since Mar 2020.