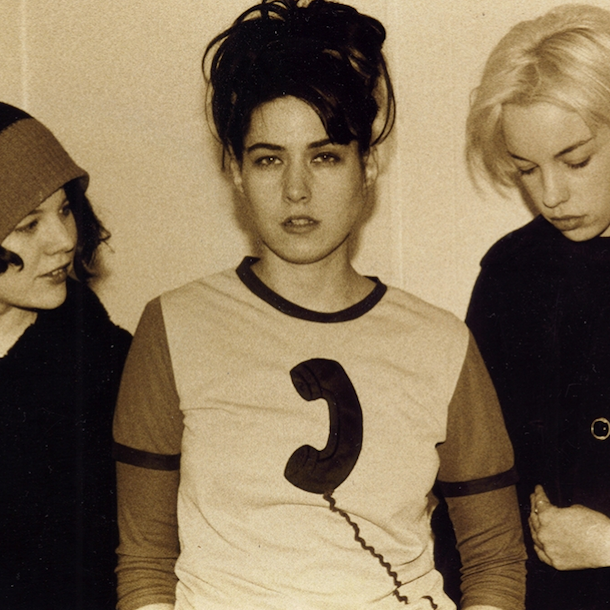 Formed in 1990, Bikini Kill are an American punk rock band fronted by Kathleen Hanna who are credited with instigating the Riot Grrrl movement in the via their political lyrics, zines and confrontational live show.

Bikini Kill believed that if all girls started bands the world would change. They actively encouraged women and girls to start bands as a means of cultural resistance. Bikini Kill was inspired by seeing Babes in Toyland play live and attempted to incite female participation and build feminist community via the punk scene. They used touring as a way to create an underground network between girls who played music, put on shows and made fanzines. This independent media making and informal network created a forum for multiple female voices to be heard.

Splitting up in 1997, the 7 short years they were active had a lasting impact across the music scene, with their fiery punk track ‘Rebel Girl’ becoming a feminist anthem. Kathleen then went on to form the more electro-based group Le Tigre and then later The Julie Ruin whilst suffering from Lyme disease, covered in the highly regarded documentary film 'The Punk Singer'. Then at the start of 2019 she announced her original band; Bikini Kill, were reuniting for a series of shows.