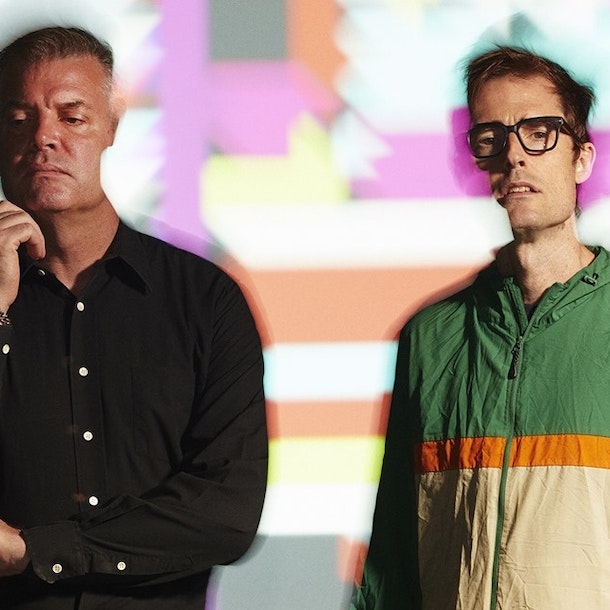 From Brooklyn, New York, Battles are an angular and highly experimental band concisting of John Stanier (drums) of Helmet and Tomahawk and Ian Williams (guitar/lkeyboards) of Don Caballero and Storm & Stress. Together they push the sonic limits of how conventional instruments and electronics meld. Their reputation as some of the most skilled and innovative musicians of their time has helped to garner them a worldwide audience.

Battles has been anything but a conventional band. As result of its constant forward-momentum – musically and conceptually – Battles albums have placed the band amongst the most innovative of Warp Records' roster. Battles stand out on their own more than ever as THE band that can unite techno lovers, progressive rock aficionados and experimental enthusiasts of all stripes.