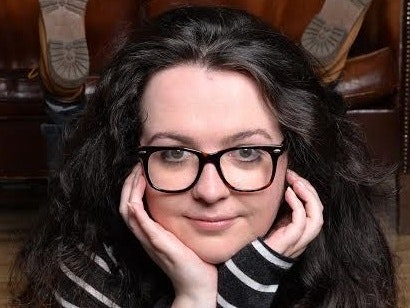 Ashley got her first acting part at the age of three as 'the wee girl in the metal tea urn' in the movie Alabama.

At five, she was playing the lead child in a TV ad for Fairy Liquid soap powder - directed by Ken Loach!

By 1996, aged ten, she was cast in the lead role of the independent film Wednesday's Child, which received enthusiastic reviews when screened in the British pavilion at the 1997 Cannes Film Festival.

Aged eleven, Ashley performed her first ever stand up comedy routine at the International Women's Day celebrations in Glasgow and went on to do stand up in London supporting the likes of Omid Djallili and Donna McPhail - and she appeared on the London Tonight TV show.

In 1999, still only thirteen, she wrote, produced and performed her own show What Were You Doing When You Were 13? at the Edinburgh Fringe, becoming the youngest ever stand up in the history of the Festival. She received rave reviews and was guest presenter on the Disney Channel that same year.

She was also offered a chance to appear in the Jay Leno chat show on US TV but decided she preferred to go on a school trip to the Lake District!

She continued to perform comedy in pubs and clubs around Glasgow and the UK until she took up PR and started her own small business, aged sixteen, at the Edinburgh Fringe… promoting stand up comics and theatre groups.