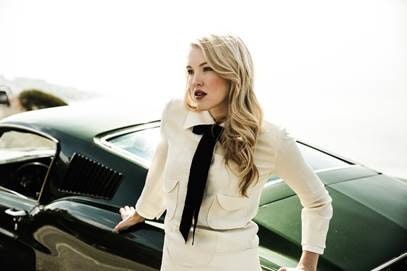 Songwriter. Singer. Banjo player. Ashley Campbell juggles all three roles, armed with the ability not only to dream up a modern country song, but to deliver it, too. Already known for her work alongside her father, country legend Glen Campbell, who, during his final years as a touring musician, leaned heavily on his youngest daughter as a banjo player, keyboardist and harmony vocalist, Ashley is now stepping out on her own.

Her music is a mix of her wide-ranging influences, combining the old-school country sound popularized by her father during the '60s and '70s with contemporary Americana, rootsy folk and country-pop. Glen Campbell's long-time fans may hear something familiar in Ashley's melodies as she embraces these similarities while distinguishing herself as a talented frontwoman.