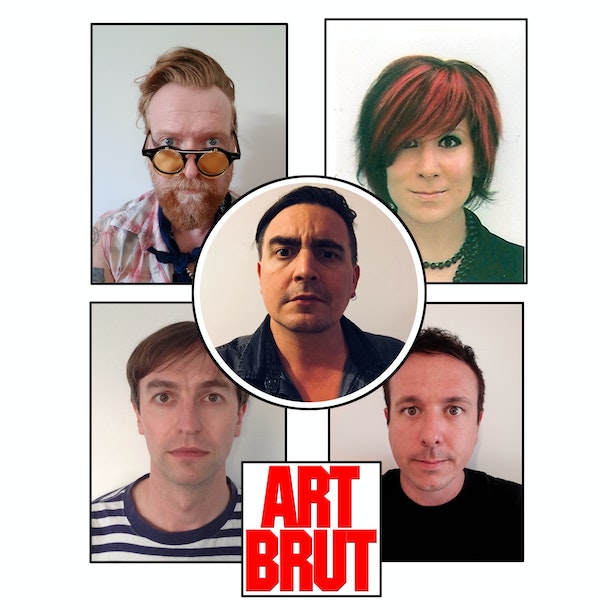 Art Brut are an oddball art-rock band, fronted by the ever enigmatic Eddie Argos. Known for his spoken vocals rather than a singing voice, their alt anthems, including 'Formed A Band', 'Emily Kane', 'Good Weekend' and 'Nag Nag Nag', have seen the cult band enjoy a loyal following over the years. 2013 marked their 10th anniversary and they celebrated with the release of a 2-CD retrospective called 'Top Of The Pops'. After a hiatus, Eddie and the guys 'n' gals returned in 2018, signing to the Alcopop! Records label.