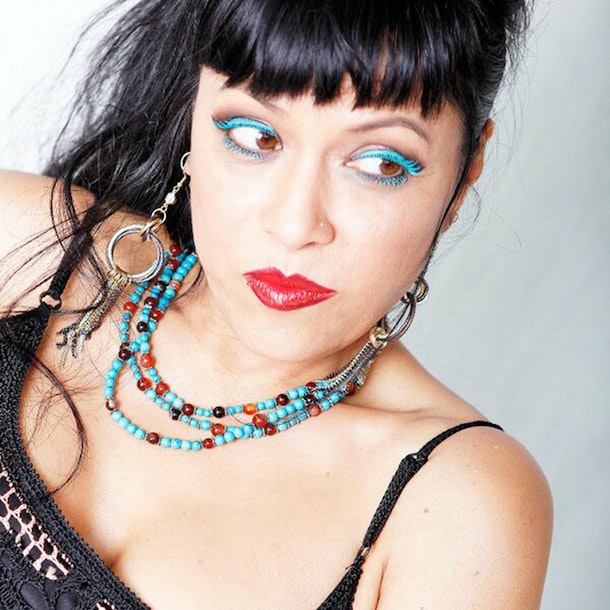 Annabella Lwin, at the tender age of fourteen, was one of the most photographed, talked about and popular vocalists in the early 80’s with her band, Bow Wow Wow, who enjoyed success with massive hits such as ‘I Want Candy’, ’Do U Wanna Hold Me?’, ‘Go Wild in the Country’, ‘C30, C60, C90, Go!’. Her unique vocals, which swung between sweet fourteen and a balinese banshee squeals, defined the sound of a new and energetic pop culture; her memorable performances influencing and inspiring a brand new wave of up and coming artists such as the ‘Red Hot Chilli peppers’, ‘No Doubt’, ‘Smashing Pumpkins’ & ‘Green Day’ amongst others.

As well as writing and recording original material as a solo artist, she has also been a featured vocalist on numerous transatlantic dance favourites.

Performing low key shows on both sides of the Atlantic, aswell as large promoted concerts the new millennium found Annabella also expanding and employing her talents as a songwriter in new commercial, as well as spiritual, directions.

Follow Annabella's Bow Wow Wow on Ents24 to receive updates on any new tour dates the moment they are announced...

Here are the most recent UK tour dates we had listed for Annabella's Bow Wow Wow. Were you there?