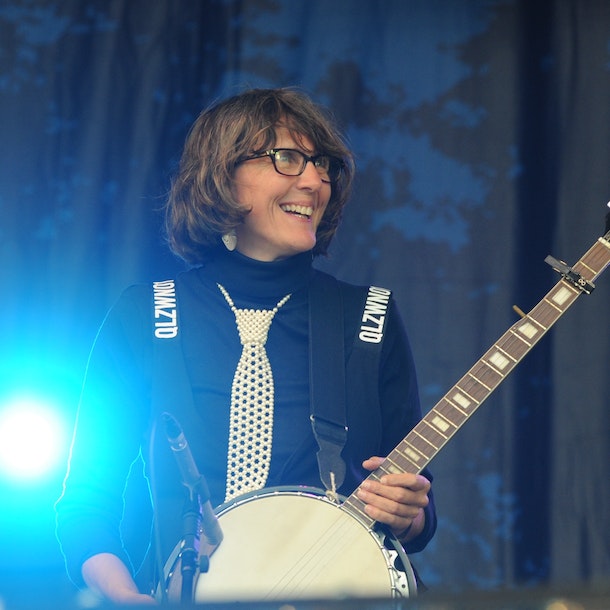 A unique talent whose songwriting is fresh and vital.

AUDIENCE QUOTE: Where have you been all our lives! We enjoyed the show so much! Your songs are so original, personal, yet for everyone.

annA rydeR is a musical dynamo; an original and inventive singer-songwriter with a musical style that, although based in folk, spans an array of genres. Her songs are simultaneously thought-provoking, poignant and humorous.

She is a multi-instrumentalist playing, amongst others, piano, guitars, accordion, banjo, trumpet and is a performer who according to the audience ‘paints great songs’ and who say ‘puts the soul of the people into her music’.

annA is a musician’s musician who has played with and for many different artists including Fairport Convention, Eddi Reader and Julianne Regan (All about Eve).

‘Bring Me Back My Feathers’, included in the Fairport set for several years, is annA’s song. They have also performed and recorded her songs ‘Sailing Boat’ and ‘The Crowd’.

annA has made several albums, including Paper Girl, Pockets On Fire and The Art Of Making Faces, of original ‘songs that demonstrate a rare originality’ (MOJO) which often feature such musicians as Dave Pegg, Gerry Conway, Rabbit Bundrick (The Who keyboards), Simon Nicol and Clive Bunker.

A cartoonist as well, annA was specially commissioned to make the sleeve cover cartoons on Fairport’s album ‘What We Did On Our Saturday’.

2017 saw annA get together with talented singers and musicians Sally Barker and Marion Fleetwood to create IOTA. This trio combine to make original songs which are poignant, quirky, thought-provoking and humorous with sublime harmonies and top class musicianship – described by Julie Matthews as "Three brilliant musicians, singers and writers exuding an infectious joy of music. A force to be reckoned with."

annA has other musical projects so look out for her with Sally Barker and PJ Wright in Listen-Listen: The Songs of Sandy Denny, and guest appearances with Fairport Convention as well as others...

Follow annA rydeR on Ents24 to receive updates on any new tour dates the moment they are announced...