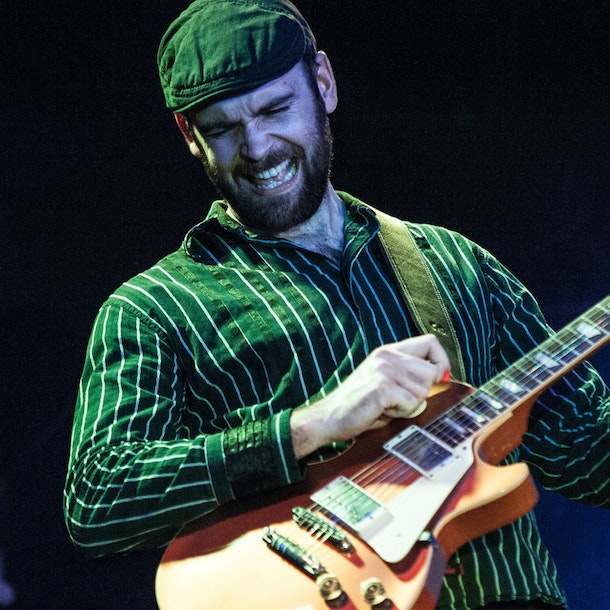 Contemporary UK blues-rock band, Albany Down, came together with some classic rock and Brit blues-rock influences, but with their 2011 debut album, ‘South of the City, they found their own sound.

"These guys are really going somewhere; make sure they take you with them!" - Paul Jones, BBC Radio 2

Blues Rock Review offered a fair assessment of both the band and their debut album: “South of the City” is a solid debut album from Albany Down and they will be an interesting band to watch develop in the coming years”.

In 2013 the band stepped up to the plate with 12 original well-crafted songs on their formidable album “Not Over Yet”. Traditionally a band’s second album is regarded as being problematical but Albany Down have turned that notion on its head, taking all that was good on “South of the City”, honing their song writing craft and revelling in Greg Haver’s powerful production.

In 2016 the band released their much-anticipated 3rdAlbum “The Outer Reach” which built upon the previous albums with strong melodic rock songs and powerful emotional ballads.

The band’s big Zeppelin-influenced sound draws from the same British blues-rock well, that gave Zeppelin a head start all those years ago and later was rediscovered by Joe Bonamassa. But it’s the resonant substance of the band’s own songs and their exuberant style that gives the music its edge.

Albany Down are a band that runs on pure adrenalin, unrelenting energy and raw emotion. Rock blogger Neil Mach probably got it right, when he described the band; "As hot as volcanic ash and yet as cool as snow slippers."