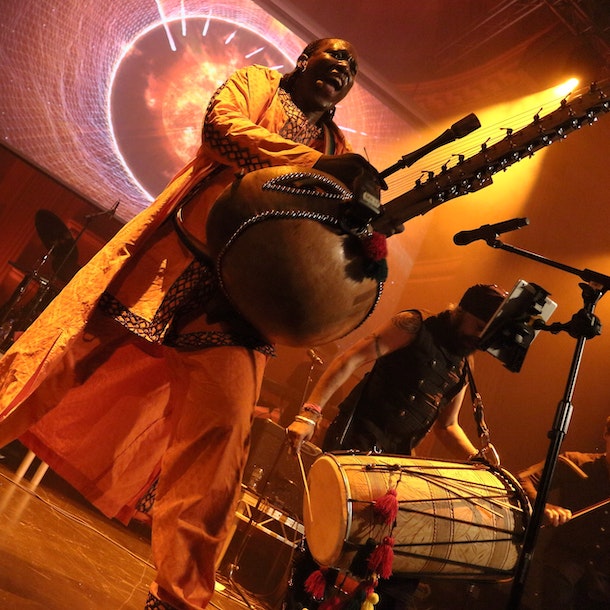 Twenty years since they were formed by Grammy-nominated musician and record producer Simon Emmerson, Afro Celt Sound System have become one of world music's top acts, with sales of over one and a half million albums and two Grammy nominations to date. Their modern electronic dance rhythms are fused with traditional Irish and West African music. They deliver exhilarating live shows that range from full-on club energy to moments of intimacy, taking their cross-cultural collaboration and acclaimed live performances to another level. 2016 saw the release of ''The Source', undoubtedly their most ambitious album yet.