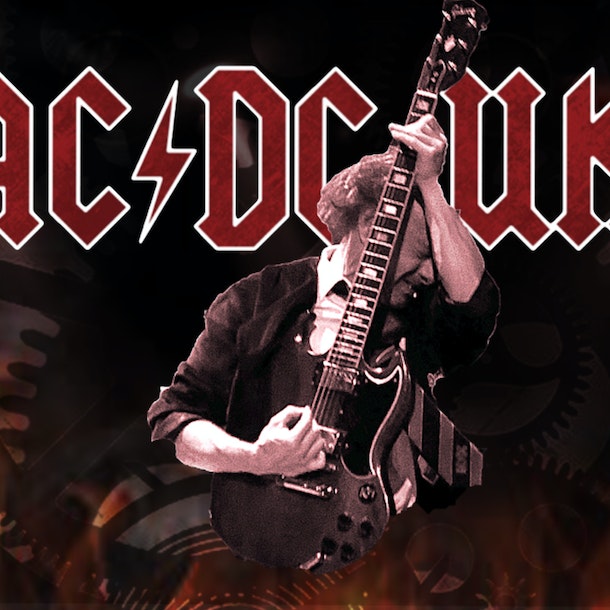 Following the unprecedented and stellar success of AC/DC’s own Rock or Bust worldwide tour; emulating the genuine outfit is no small task.

Fronted by the most authentic Angus Young in the business; AC/DC UK deliver a 2 hour powerhouse show, featuring all the hits from 1975’s High Voltage up to 2015’s Rock or Bust… With a few fan favourites thrown in to boot! The experienced backline drive out the set with the same tenacity, volume, and passion as the real deal! All the AC/DC gimmicks are brought out to whip the crowd into a frenzy! From Angus’ famed striptease, Brian’s iconic flat cap, a giant inflatable Rosie, and fully firing cannons to salute those who are ready to rock!

2018 is set to see AC/DC UK play some of their biggest shows yet, and build on their notable reputation in the UK and worldwide! The past several years have seen the band play several notable shows and festival’s alongside the likes of Alice Cooper, The Darkness, Steve Vai, Santana, Magnum, Within Temptation, Saxon, and more.