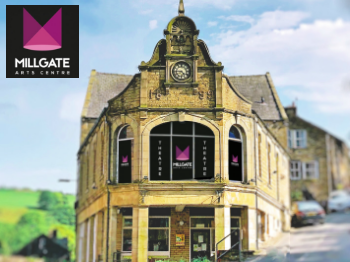 Millgate Arts Centre is home to a thriving local arts community, providing a base for theatre, film, and chamber concert societies, as well as holding art exhibitions and being available for business or personal lettings.

The Centre is home to Saddleworth Players, (a theatre group which runs five week-long plays each year), Saddleworth Concerts Society (which organises touring concerts from across the UK and Europe), Saddleworth Film Society, (a members' film group, which shows a mix of independent, foreign and stand-out films each year) and Saddleworth Live who bring the best in professional live theatre, music and entertainment to the area.

See other events in Oldham