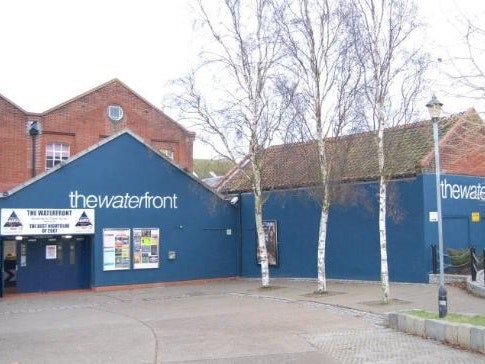 The Adrian Flux Waterfront is a live music venue and nightclub situated in King Street, on the bank of the River Wensum, close to Norwich City Centre, the Riverside complex and the train station.

In September 2019, they were thrilled to announce their partnership with Adrian Flux, a Norfolk insurance company who are sponsoring the Waterfront.

The venue has been the regions Number One alternative venue since 1993, run by the Union of UEA Students and is the sister venue to the UEA LCR! It has hosted bands including Pulp, Radiohead, Nirvana, The Verve, Arctic Monkeys, The Prodigy, Amy Winehouse, Stereophonics, Paul Weller, Moby, Ellie Goulding, Foals, The Undertones and The Darkness plus many more.

The Waterfront is an old brewery warehouse which was converted to a live music venue back in 1990, and has consolidated itself as the most important venue of its size in the East.

See other events in Norwich

Find places to stay near The Adrian Flux Waterfront