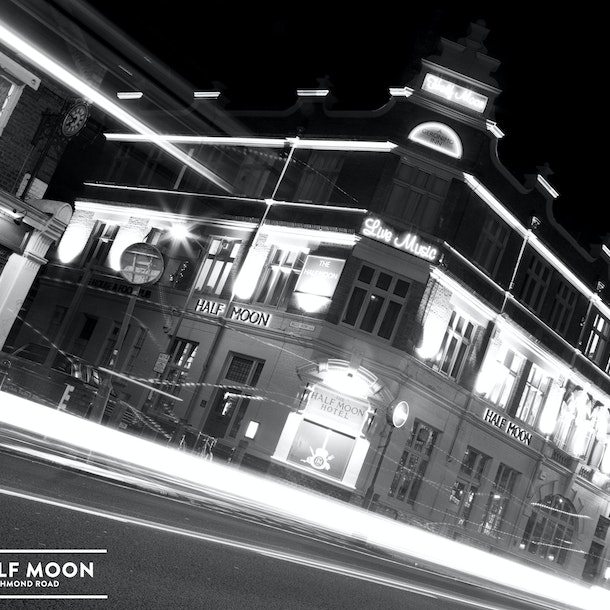 The Half Moon Putney, London Events

The Half Moon Putney is one of London’s longest running, and most respected live music venues.

Since the early 1960s, some of the biggest names in the music world have performed here, including The Rolling Stones, The Who, Bo Diddley, Kasabian and U2. Other memorable gigs at The Half Moon include k.d. lang’s first UK appearance, Kate Bush’s first ever public performance and a surprise appearance by Nick Cave.

As well as music, The Half Moon has seen great comedy acts, including Billy Connolly, Harry Hill and Al Murray.