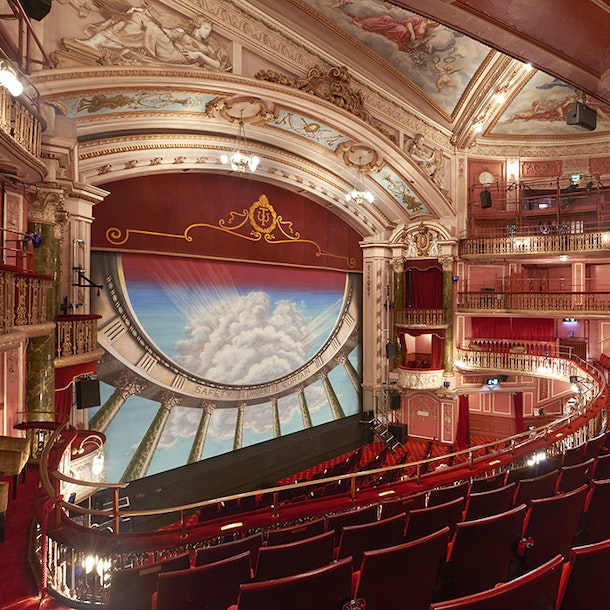 Having stood proudly on Wimbledon’s Broadway since 1910, Wimbledon Theatre (as it was originally named) has gone from strength to strength and garnered a glittering reputation as a premier theatrical venue in South West London.

The Grade II listed building consists of a beautiful Edwardian auditorium decorated in both Georgian and Italian renaissance styles across three levels of seating. With a capacity of over 1,500 (making it one of the largest theatres in London) the venue continues to play host to numerous touring productions of musicals, ballets, operas and plays, as well as an annual pantomime each Christmas.