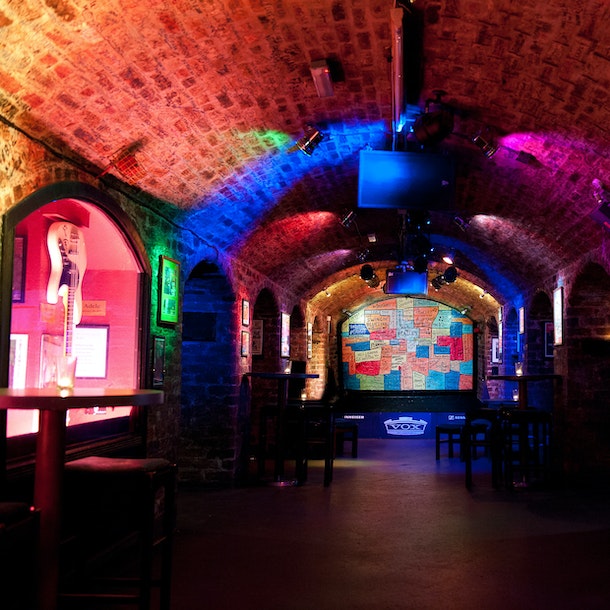 The Cavern Club is the cradle of British pop music, the place where the Beatles musical identity was formed. The Beatles played the Cavern 292 times between February 1961 and august 1963. Through seven eventful decades, before, during and after The Beatles, this legendary Liverpool cellar has seen its share of setbacks yet has played a role in each epoch of music, from 1950s jazz to 21st century indie rock. The list of artists who have performed at the Cavern Club, besides the fab four, reads like a who’s who of popular music, including; The Who, The Rolling Stones, The Kinks, Stevie Wonder, Queen and in more recent years the likes of Oasis, Arctic Monkeys, Travis, Adele, The Wanted, Jessie J and Jake Bugg. Sir Paul McCartney famously returned to the Cavern in December 1999 to play his last gig of the millennium.

Today's Cavern is a thriving live music destination and one of Liverpool’s top tourist attractions. The three venues - the Cavern Club, Cavern Live Lounge and the Cavern Pub - showcase not only the incredible legacy of The Beatles, but also new up and coming bands as well as the many established artists who continue to want to play this famous venue. First opened on the 16th January 1957 as a Jazz venue, The Cavern Club has just celebrated its 60th Anniversary. Sixty years strong and still as relevant today as in anytime in its illustrious history.

See other events in Liverpool

Find places to stay near The Cavern Club