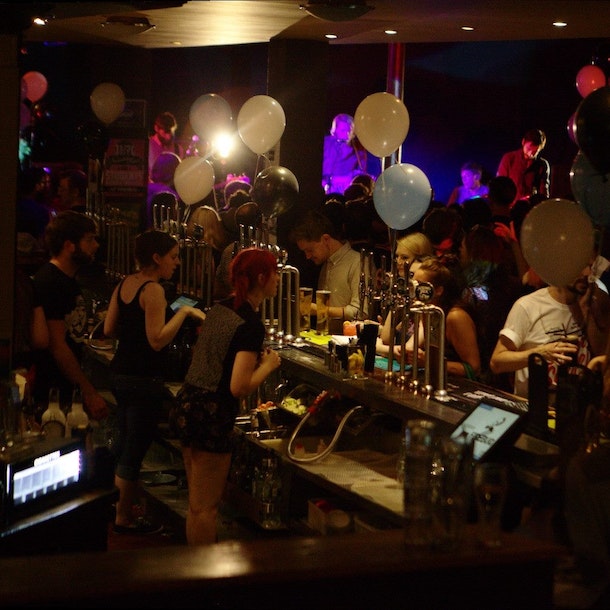 Opened in the summer of 2004, Firebug has fast become an essential part of Leicester's night life and a quiet retreat from city centre shoppers during the day. A light and spacious main bar is complemented by a surprisingly quiet and sheltered beer garden. Boasting one of the cities most extensive drinks ranges, a carefully selected cocktail menu and a great selection of home-cooked food available every day.

Firebug's relaxed dress code and music policy attracts visitors from all walks of life – from students at the near-by universities to professionals working in the city centre, and has a reputation nationally as an essential stopping point for visitors to the city.

Proving incredibly popular for private parties, intimate club nights, live music and stand-up comedy, as well as photography and art exhibitions, independent film screenings and all manner of other events. Over the last 10 years they've seen live performances from many notable live acts including Foals, Dutch Uncles, Johnny Foreigner, Frank Turner, Frightened Rabbit and The Twilight Sad. In terms of comedy, Firebug has seen Stewart Lee, Richard Herring, Russell Howard and Josie Long, amongst many others, appear as part of the regular Bottle Rocket Comedy night and The Leicester Comedy Festival.

Find places to stay near The Firebug