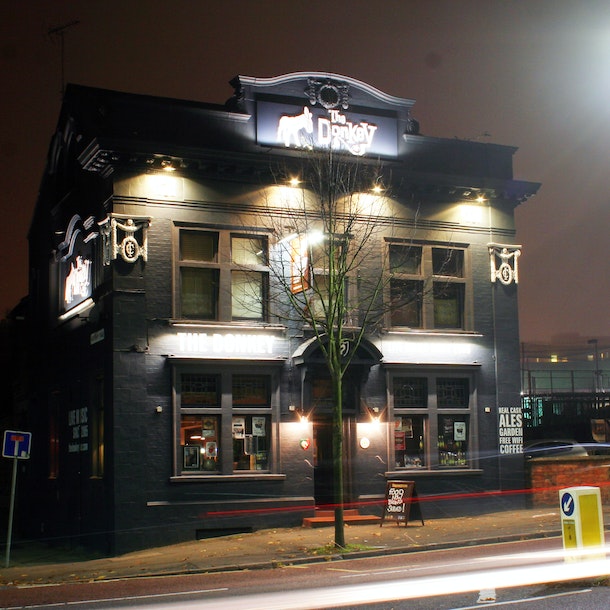 The Small Venue With A Big Reputation!

Both landlord Warren's legendary bonhomie and promoter Gaz Birtles knowledge of the music business are evident in the care and love shown to all aspects of this independent establishment. It's an approach that above anything else treats both musicians and customers alike as friends.

Located just outside of the Leicester city centre and close to both of the Universities, the Donkey also boasts a large beer garden and car park, free WiFi and offers a wide range of lagers, bottled beer, wine and real ales as well as fresh ground coffee daily.

Find places to stay near The Donkey