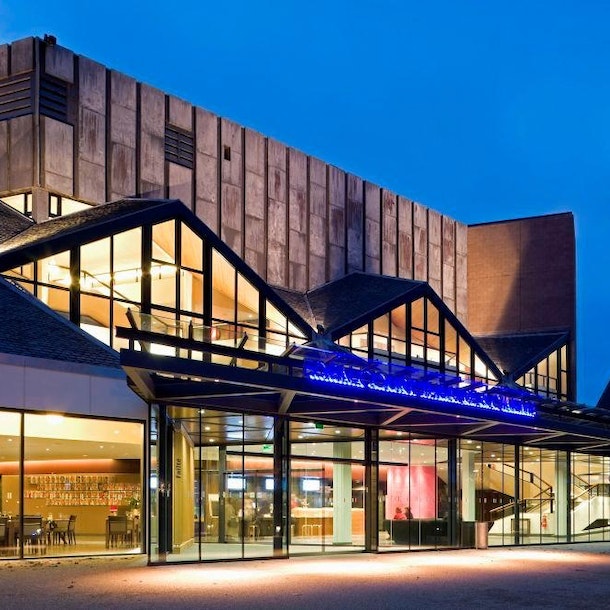 Eden Court was originally opened in April 1976. At the time, the design was strikingly modern. As the only large scale performance venue in the region, the building was designed by architects Law & Dunbar-Nasmith to house all types of performing arts from opera to popular music, concerts, ballet, modern dance, drama and films.

Following a major appeal and two years of closure, Eden Court reopened in November 2007 as the one of the best equipped arts centres in the country. The Victorian Bishop’s Palace and 1976 theatre, both Grade A Listed, were retained and two new extensions added providing a second theatre, two new cinemas, two dance and drama studios and three floors of purpose built dressing rooms. The architects Page/ Park have successfully brought together buildings from thee different centuries to create the biggest arts centre in Scotland.

Thorough restoration of the Bishop’s Palace has brought back some of its former Victorian glory and outside, a new entrance and landscaped grounds means Eden Court ‘faces’ the city centre allowing visitors to finally enjoy the riverside setting.