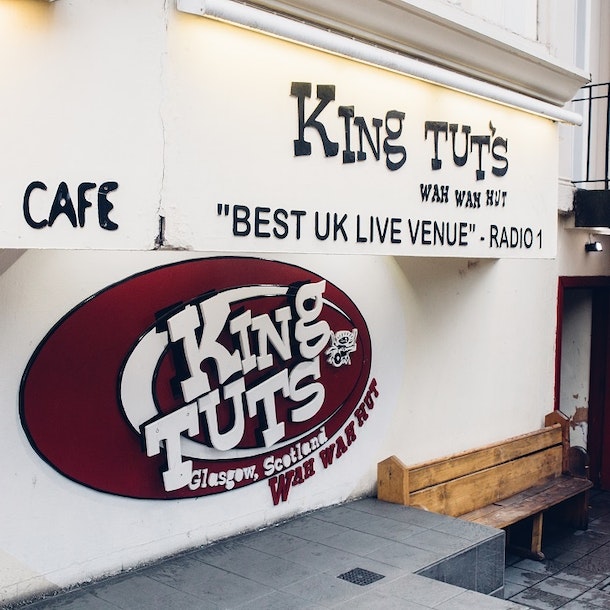 Since its inception in 1990, King Tut's Wah Wah Hut has been at the forefront of the Scottish live music scene and continues to be one of the most celebrated venues in the world.

King Tut's is an integral part of Glasgow's thriving grassroots music scene as well as bringing the most exciting new talent around to the city. Playing a gig at this 300 capacity venue has become a seminal point in the career of an impressive array of artists leading NME to name King Tut’s 'Britain's Best Small Venue' in 2011, and 'quite possibly the finest small venue in the world’ in 2007. Radio 1 also named it 'UK's Best Live Venue' three years in a row and King Tut's was voted number 7 in New York Magazine's 'Follow Your Bliss List' – a list of fifty euphoria-inducing destinations to visit before you die (above climbing Mount Kilimanjaro and Swimming with Hippos in Botswana!)

King Tut's is an exciting showcase for new and emerging bands and as the venue that supported some of the music industry's biggest names at the start of their careers: from Oasis (who were famously signed by Alan McGee at the venue in 1993) to Radiohead, The Killers, Juliette Lewis, Pulp, My Chemical Romance, Florence & The Machine, Biffy Clyro, Manic Street Preachers, Snow Patrol, Frightened Rabbit and Paolo Nutini plus many, many, more in between. The venue also has its own Record Label and Lager as well as a highly acclaimed food menu.