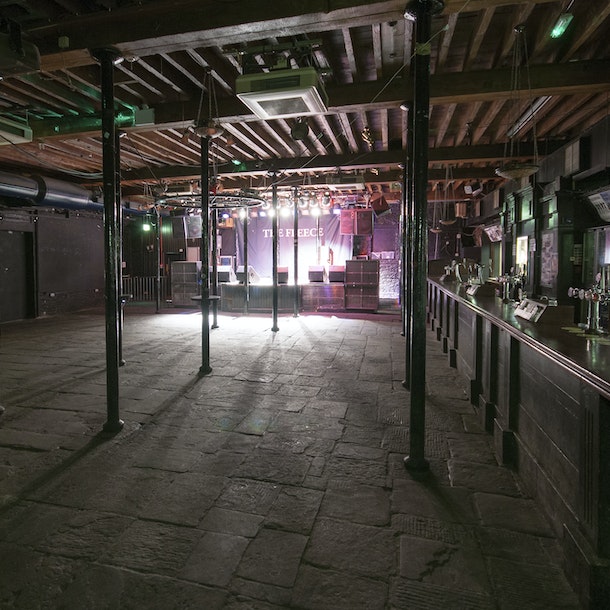 Legendary live music venue having hosted the likes of Oasis, Muse, Radiohead, Ed Sheeran and Queens of the Stone Age. The venue hosts live music 7 nights a week, and with the addition of new club nights; The Fleece is a must for music lovers and students.

After opening its doors in 1982, The Fleece went under new management in May 2010, which lead to increased show bookings, a complete refurbishment and an increase in capacity.

The in-house promotions team are also responsible for promoting gigs across the city in a range of different venues.

Find places to stay near The Fleece