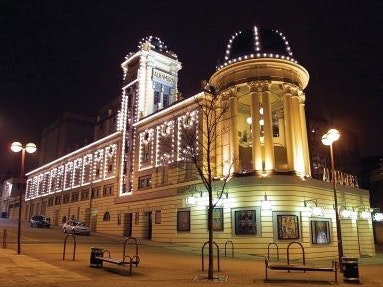 The Alhambra Theatre is regarded as the North's premier touring venue and hosts the best in large scale entertainment from ballet and opera to variety and comedy, musicals, drama and Yorkshire's biggest panto.

The venue seats 1,400 people and is a popular choice for major touring companies including Northern Ballet Theatre, Matthew Bourne's New Adventures and David Ian Productions (Chicago, Grease, The Sound of Music). It has staged major West End shows including Chitty Chitty Bang Bang and Miss Saigon. It is a member of The Dance Consortium, a group of theatres who work together to bring the best in international dance to the UK.

See other events in Bradford