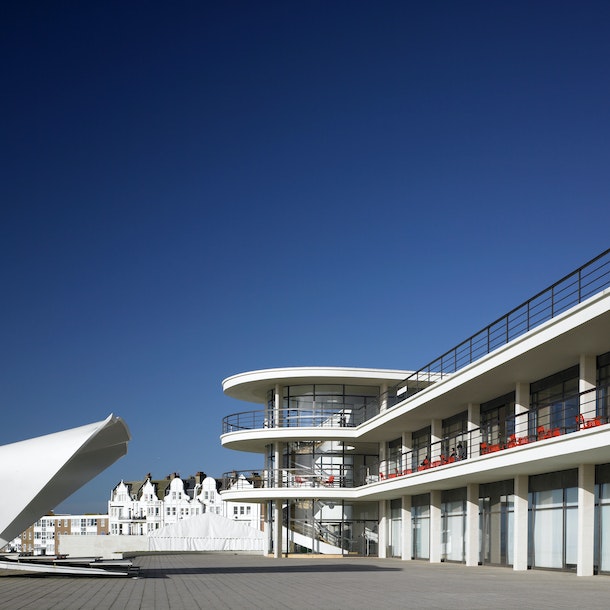 De La Warr Pavilion is an award winning Grade One modernist icon situated on the seafront of Bexhill On Sea. With beautiful contemporary art galleries, a 1,500 capacity auditorium and rooftop space, the Pavilion is "Rapidly becoming one of the most exciting spaces in Britain"

As well as being one of the UK's most celebrated architectural landmarks, the De La Warr Pavilion presents a programme of inspiring contemporary art and live events, which has included exhibitions by Anthony Gormley, Joseph Beuys, Grayson Perry, Tomoko Takahashi, Catherine Yass and Andy Warhol, and performances by ground-breaking artists of international repute such as Patti Smith, Laurie Anderson, Femi Kuti, Duane Eddy, The Fall, Band of Horses, The Decemberists, The Unthanks, Jose Gonzales, Regina Spektor, Elvis Costello, EELS, Neutral Milk Hotel and many many more.

Their live programme also nurtures experimental, new and emerging acts, and has seen performances from the likes of Mount Kimbie, Micachu and the Shapes and Speech Debelle.

The De La Warr Pavilion has instigated a number of creative collaborations during the Heritage Orchestra's residency, which saw them join forces with a host of incredible musicians such Beardyman+DJ Swith+ Gabriel Prokofiev, and in the second, UNKLE.