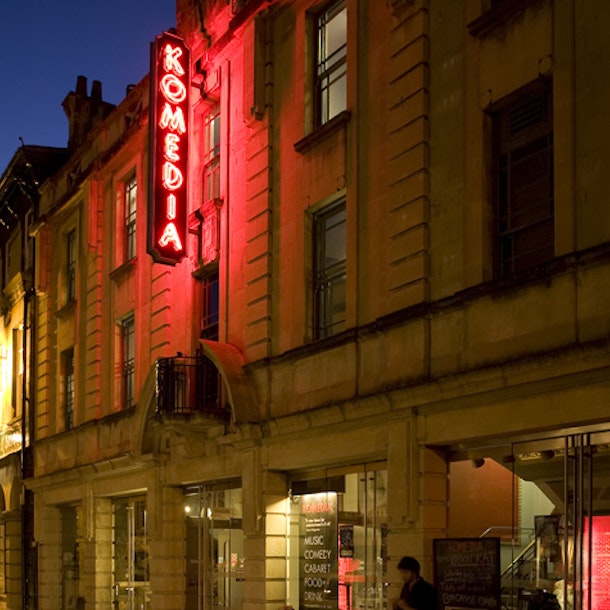 Four times winner of the Chortle Award for Best Venue in the West and Wales, Komedia works closely with the Bath’s many festivals. These include the Bath International Music Festival, Bath Fringe and Bath’s Film, Literary Children’s and Comedy festivals.

Komedia’s multi award winning kitchen serves lunch throughout the week in the Komedia Arts Café, as well as offering some of the highest quality food that you will find in an entertainment venue. Add to the already impressive offer, film screenings in partnership with The Little Theatre Cinema in one Bath’s most iconic buildings, Komedia can claim to be at the cultural, as well as geographical, heart of the city.

Find places to stay near Komedia