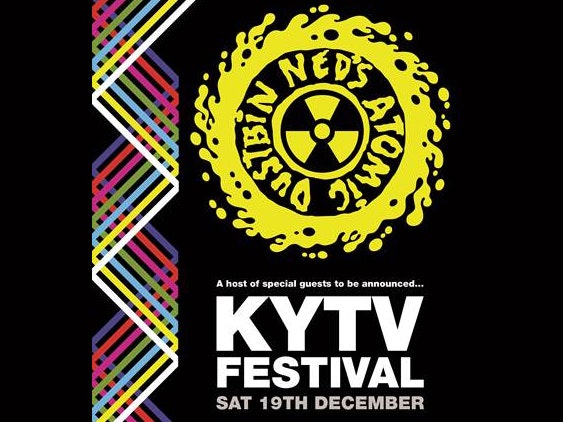 In July 1990 Kill Your Television shot straight to #1 in the Indie singles chart and sent Ned’s Atomic Dustbin on a collision course with the pop charts.

Being their ‘cross-over’ single, Kill Your Television the song, the slogan, the t-shirt and the ‘get off your a*** and do something’ sentiment still stand as the deepest footprint that the band have left on the indie rock planet, and 25 years later the band are looking to cement the legacy with the launch of Kill Your Television Festival.

The inaugural KYTV Festival will be held at the band’s spiritual home – Wolverhampton Civic Hall, scene of many of their end-of-year home-coming shows attended historically by audiences from across the globe; seekers of that magical atmosphere that only this venue evokes for the fans of Ned.

The band can confirm that they will be sharing the show with a considerable collection of bands which were part of that huge wave of indie in the 90s.

Along with PWEI and The Wonderstuff, the Ned's helped to put Stourbridge on the indie-rock music map back in the 1990s. Formed in 1987, they achieved three Top 20 singles and two Top 20 albums - their debut 'God Fodder' went in at no. 4. They ceased being a full-time band in 1995 but are now back with all five original members Dan, Alex, Mat, Rat and Jonn.