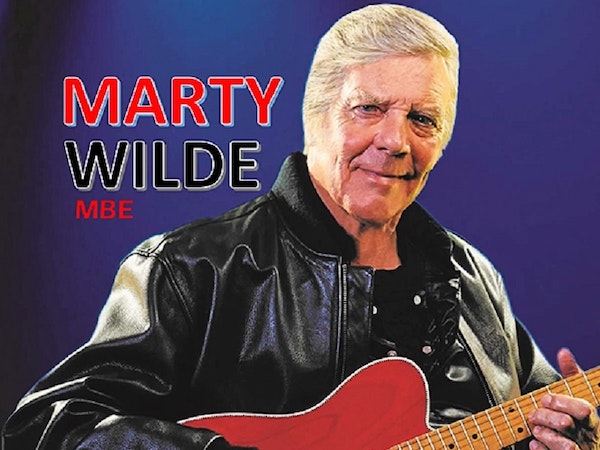 A giant of the early British Rock ‘n’ Roll scene, Marty Wilde continues to wow audiences wherever he plays. Past visits have proved to be extremely popular so we strongly advise you to book your tickets early if you don’t want to miss out!

Reg Smith (aka Marty Wilde) was a massive pop star in the '50s and '60s with a plethora of hits including Rubber Ball and Teenager In Love. Marty is still touring the nation's concert halls and getting a great reaction from audiences up and down the country. His own show, Born To Rock 'n' Roll, in which he performs with his Wildcats, has received wonderful critical acclaim and has not only attracted his original fans but a whole host of new ones, who are just discovering the man and his individual brand of rock 'n' roll. The show has acquired a cult status and is definitely one not to be missed.