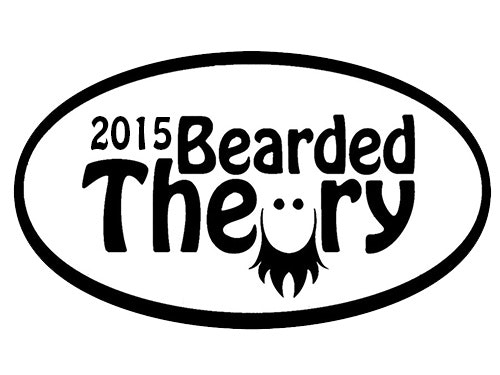 Bearded Theory Festival is an award winning event set in the beautiful grounds of Catton Hall in South Derbyshire.

See www.beardedtheory.co.uk for more information and line up announcements.

Something Else Big Top Stage

Formed in 1985 by former Sisters Of Mercy members Wayne Hussey and Craig Adams, The Mission emerged as a major charting gothic pop phenomenon in the late '80s. Their debut album God's Own Medicine spawned several hits including Stay With Me and Wasteland. Original members Wayne Hussey, Craig Adams and Simon Hinkler were joined by new drummer Mike Kelly in 2011, and continue to tour around the world to an ever loyal fanbase.

Champions of the Madchester era, and famous for anthems such as Sit Down and She's A Star, James are one of the classic bands of the British music scene. They reformed in 2007 after a five year hiatus and have continued going strong ever since. In fact, James are now better than ever. You won't want to sit down to their anthems, they deserve a standing ovation.

Huge in DJing circles worldwide, including commercial success in Japan and Australia.

Techno-based, UFO-obsessed side project of ex-Ozric Tentacles members. In the early days there was 'Abduction' and 'Implant', slamming, sci-fi electro trance. That was over a decade ago, now producing abrasive techno anthems and psychedelic Latin grooves, Eat Static remain one of the best live dance acts on the scene.

Welcome to the strange and wonderful world of dance music maestro Toby Marks, the creative force behind Banco De Gaia. One of the world's leading exponents of globally inspired electronica, Toby's work sprang from the hopeful exuberance of British house, the joys of sampling, and the advent of global music. An ambient vibe merchant and godfather of electronic dub who is not afraid to pump up the bump occasionally, he is a socially aware musician who also aims to spread his knowledge to others.

Cara Dillon has one of those rare talents you only come across a handful times in your life. Her crystalline, angelic voice has the ability to reach inside the soul of a song with profound sweetness, poignancy and depth. A former member of the folk group Equation, who also sang with De Danaan, this young Irish singer from Dungiven, County Derry, sings with clarity, beauty and style. Winner of 2010's BBC Radio 2 Folk Awards for Best Album ('Hill of Thieves') and winner of 2010's Spiral Awards for Best Female Singer and Best Traditional Song ('Jimmy Mó Mhile Stór'). 'Quite possibly the world's most beautiful female voice...' (Q Magazine).

Berkshire collective R.D.F, founded by Chris Bowsher, combine punk, dub, and ska, while Bowsher's lyrics, spoken rather than sung, deal mainly with political issues. They were a regular act on the UK free festival scene prior to the 1994 Criminal Justice Act, and were part of the crusties and anarcho punk movement. After a split in the mid 90s, they reformed in 2006 and continue to play today, with 2012's 'Ammunition' being their first new album since 1995.