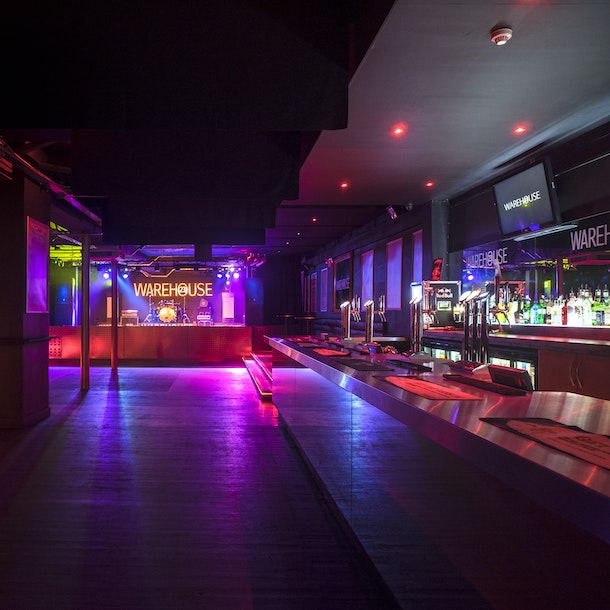 Causing anarchy since 1978, these classic old school punk junkies have now been delivering GBH on the earholes for over 30 years. Today's GBH line-up comprises the original core trio of Colin (Col) Abrahall on vocalsm, Colin (Jock) Blyth on guitar, Ross Lomas on bass, joined by Scott Preecem their drummer for the past 17+ years.

Vice Squad are a female fronted UK Punk Rock band that delivers short sharp songs with incisive lyrics spat out over a thunderous rhythm and machine gun Rock ’n’ Roll guitars. Renowned for their high energy live shows the band deliver their set with passion and humour and have been touring and releasing successful albums since the1980s. Their latest album ‘Cardboard Country’ was released on their own Last Rockers label last year, the album is launched on the back of a very successful Pledge campaign raising funds for the Shelter homeless charity in line with the album title.  Vice Squad is fronted by raucous voiced singer/guitarist Beki Bondage who was featured on the front cover of a number of influential music tabloids such as Melody Maker, NME, Sounds, Record Mirror and Smash Hits. The band is 100% DIY and has no record company or management backing. Since reforming Vice Squad in 1997 the band has released several albums with powerful punk songs that are very well received by fans and press. In keeping with the DIY ethic the albums were recorded in the front room of Beki’s South London flat.

Peter And The Test Tube Babies

Brighton's finest purveyors of anarchic punk rock since 1978. Responsible for the sense of humour held inside songs like Banned From The Pubs and Alien Pubduction.

Memorable 70s punk rockers and first ever Beggars Banquet signings, The Lurkers are remembered as 'The British Ramones' given their style reminiscent of American punk rock. Having dispersed along with punk rock itself by the end of the 80s, the group have never quite gone away, still recording and performing in the present day.

A four-piece band of West Midland Street Punks. "Without doubt one of the most exciting Punk bands playing anywhere in the World today. From the brilliant Barcode Generation to Hotline to Hades the Drongos are no longer playing the best Punk Rock in the UK but clearly setting the standard for Punk to come. Intelligent Exhilirating. Honest. Quite simply - Brilliant" - Kerrang! Radio