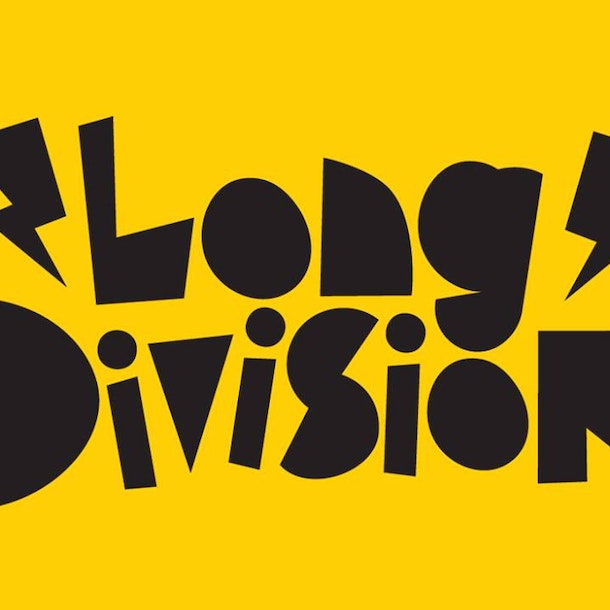 A music and culture festival which celebrates Independence and DIY Culture.

Celebrating a bratty, tongue-in-cheek viewpoint and a spunky indie punk style similar to Art Brut, while applying an assortment of instruments akin to Architecture in Helsinki, Los Campesinos are a six piece indie pop band formed in Cardiff in 2006. When the band first emerged on the indie pop scene, they were pigeonholed with the 'twee pop' movement, as a result of their lively, joyous music. The band have worked hard since their 2008 debut, 'Hold On Now, Youngster', to shake the image of this and have now adopted a new darker guise. They cite obsessions with death and football as their influences.

Brix & The Extricated feature original Fall vixen Brix Smith-Start on guitar and vocals, powerhouse duo Steve Hanley on bass and brother Paul Hanley on drums (‘The greatest rhythm section in rock n roll’ – Luke Haines), Steve Trafford on guitar and vocals and virtuoso Jason Brown on guitar, this is a dream line up for lovers of The Fall sound.

Indie-pop meets riot grrrl from the first ever unsigned band on Top Of The Pops with their infectious 'Kandypop' single in the mid-90's. They're also noted for writing and performing the theme tune to hit cartoon series the Powerpuff Girls.

Formerly of The Delgados, Emma Pollock's voice is as mesmerizing, playful and sweet as ever. '…one of the most natural songwriters and bewitching singers around…' – Phrased & Confused

Born and raised in Falkirk, Scotland, Malcolm Middleton first found fame as a prominent member of Scottish lo-fi folk group Arab Strap. Middleton's solo career, which he ran alongside Arab Strap until their split in 2006, has provided a perfect outlet for his personal, harrowing and heartfelt songwriting. 'While his morale languishes somewhere in a cold Falkirk bedsit, melodically his songs whoop from mountain peaks.' Observer Music Monthly

Middleman write vibrant, catchy tunes with booming basslines, bleepy melodies and smart lyrics, impossible to pigeonhole and raucous live. The Leeds-based four piece kicked up a storm with their self produced 3 track demo recorded in late 2006. With early acclaim from the likes of Zane Lowe, Steve Lamacq and Huw Stephens, flash-forward to 2011, which sees the release of their debut album Spinning Plates, an honest, unflinching take on their journey as a band and a record that they are immensely, and rightly, proud of. The crowd at middleman shows are notorious for stage invasions, crowd surfing, relentless dancing and mosh pits, making Middleman shows something between a club night and a punk gig.

Leeds-based band who release their debut single in Autumn 2013, having previously toured the UK with the likes of Dry the River, Benjamin Francis Leftwich, and Stornoway. “Deceptively complicated songs that transcend the merely epic, and rush with the momentum of a tumbling boulder towards a monumental climax.” A New Band A Day

The Lake Poets is one man from Sunderland called Martin Longstaff. Described as 'stunningly affecting and haunting', the music of The Lake Poets incorporates delicate finger-picked guitar, gorgeous melodies and moving, intelligent and thought-provoking lyricism. Martin's vocal is hauntingly beautiful and his honest and personal songwriting has created a buzz too strong to be ignored by the likes of BBC Radio1 and 6 Music.

Her Name Is Calla

Her Name is Calla are a four-piece from Leicester/Leeds who play music to make films to. They deploy sounds and textures to build personal images. They do not adhere to any genre, instead making music that grips them in some way. 'The aural equivalent of open heart surgery without anaesthesia. Simply perfect.' - Losing Today

The four piece Leeds band are as ferocious as The Birthday Party yet with a keen Northern wit, the band's fusion of influences, their cut 'n' paste take on pop culture could only have come from the feverish atmosphere of Leeds music scene.

Man Made is a three piece alternative rock band from Manchester, UK. Having quickly built up an impressive history for such a new band, Man Made have already found themselves sharing stages with the likes of Broken Social Scene, Bright Eyes, The Lemonheads and Badly Drawn Boy, as well as performing at Latitude festival. Owning an innate mastery of their instruments, the trio have an astonishing musical pallet with a natural knack for melody, never more evident than on the single ‘TV Broke My Brain’, an instantly likeable slice of indie-rock that shows the band pushing into exciting new frontiers.

Fizzy Blood are a band born from ambition, determination and resilience. Based in Leeds, UK, their refreshing musical bravery has seen them shed any traces of the generic with their own brand of retro-inspired rock. Packed full of blistering riffs combined with a modern song writing ethos, they’ve succeeded in creating something that stands apart from the current trend of rock music and stands with one foot in the desert blues of Queens Of The Stone Age and another firmly planted in the soulful, punk infused rock and roll of Pulled Apart By Horses.

The Spills is a 4-piece from Wakefield who met at school and bonded over a love of all things noisy and 6-stringed. They nod towards the mood of The National, The Antlers and The Microphones and the occasional plunge into the abrasive dirge of Nirvana or Pavement.

A one man indie blues band from Wakefield.

I Set The Sea On Fire

See I Set The Sea On Fire tour dates

Refusing to pigeon hole themselves into a particular rock-genre, Sheffield trio, Habberdash, are a new and exciting band with a refreshing sound, taking influence from artists as diverse as Jeff Buckley, The Beatles and Nirvana. Habberdash are fast becoming one of the must see bands on the Yorkshire music scene and are known for their excellent relationships they have with their loyal fan base. Since their formation in early 2013 Habberdash have played everywhere from local working men's clubs to music festivals and have gigged some of South Yorkshire’s most popular live venues. They have played on the bill with some fantastic local artists and have supported the likes of Fearless Vampire Killers and most recently opened for Buzzcocks at Doncaster Live 2013.

RM Hubbert is a guitarist from Glasgow in Scotland. He writes music about love, death, friendship, mental illness and occasionally a dog called D Bone. It's not as depressing as the previous sentence suggests. A long established figure on Glasgow's music scene, Hubbert has played guitar in cult instrumental trio El Hombre Trajeado since the early 90s. Expect a mesmerising performance incorporating elements of flamenco, samba and contemporary classical music.