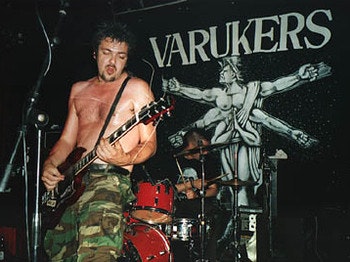 The Varukers are a British hardcore punk band formed in 1979 by vocalist Anthony 'Rat' Martin. They produced their most influential recordings in the early 1980s. The band play in D-beat, the musical style of Discharge. Also like Discharge, The Varukers' lyrics carry an anarchist political ideology.