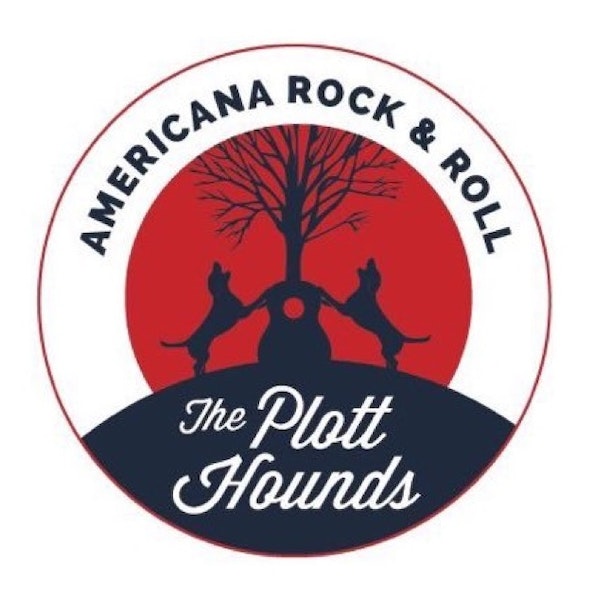 Coming together on the river, The Plott Hounds have created a stronghold throughout the Midwest capturing crowds with the blend of Southern Rock & Roll, hints of Funky Blues and paying homage to the Outlaw Country legends. The Plott Hounds played their first performance at The Terminal Bar in Northeast Minneapolis, MN on July 14th 2014 and have not looked back since. With songs like $7.29 and a Pair of Boots and Write Your Own Songs, The Plott Hounds take pride in expressing their passion for songwriting and it’s call to playing music found deep in the soul.

Burning the midnight oil playing shows that stretch across the United States and dates scheduled for a UK tour in 2018, The Plott Hounds addictive energy has paved their way to join the stage with names that started off as heroes and inspirations like Cody Canada, Band of Heathens, Charlie Daniels, Jason Boland and more.

Since inception, the band has released 3 studio albums - Living Free (2015) - Thirsty For Something (2016) and Lost Summer Day (2017) along with a double live album "Blue Collar Hippie Music" (2016). The latest album, Lost Summer Day, was recently recognized as one of the top 40 Americana albums released in 2017 from The Americana Music Show. Saving Country Music recently tabbed The Plott Hounds as one of the new bands rising with the torch in the world of Southern Rock n Roll.

The current line up helped solidify the songs and sounds that the band now calls home. Each coming from a history in music, some going back twenty years playing together, to create the nostalgic sounds on stage. The Plott Hounds Feature: Noah Alexander (Atlanta, GA) Lead Vocals & Guitar, Jeff Powell (Charles City, IA) Lead Guitar, Catfish Kirk - (Champlin, MN) Lead Guitar & Vocals, Uncle Jesse - (Big Lake, MN) Bass Guitar & Vocals and Tater on Drums (Vadnais Heights, MN). As one, the band is more than just strings and drums but a family; whether it's jam sessions on the boat or three am breakfast detours. As they look to the upcoming year, with new music and new stages ahead, fans can rely on The Plott Hounds to deliver a show filled with powerful lyrics and heaps of raw energy.

Purchase our music from:

The Plott Hounds tour dates listed on Ents24.com since May 2018.

Follow The Plott Hounds on Ents24 to receive updates on any new tour dates the moment they are announced...

Here are the most recent UK tour dates we had listed for The Plott Hounds. Were you there?