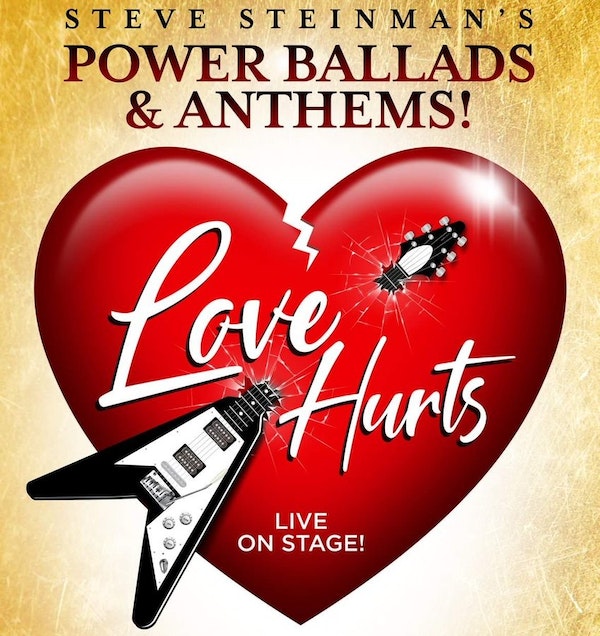 The critically acclaimed singer and show producer Steve Steinman presents his new production show “Love Hurts” with over 25 of the greatest Power Ballads and Anthems from the last four decades.

The show will have you singing out loud to songs that broke a million hearts and Rocked the World.

With incredible stage set, lighting and sound along with a 10-piece live band and a powerhouse of incredible singers along with Steve Steinman’s well-known sense of humour you’re guaranteed to have the night of your life.

Better known for his shows AFLTMLS and VR this show will also have you singing out loud and rocking out to some of the greatest power ballads and anthems.