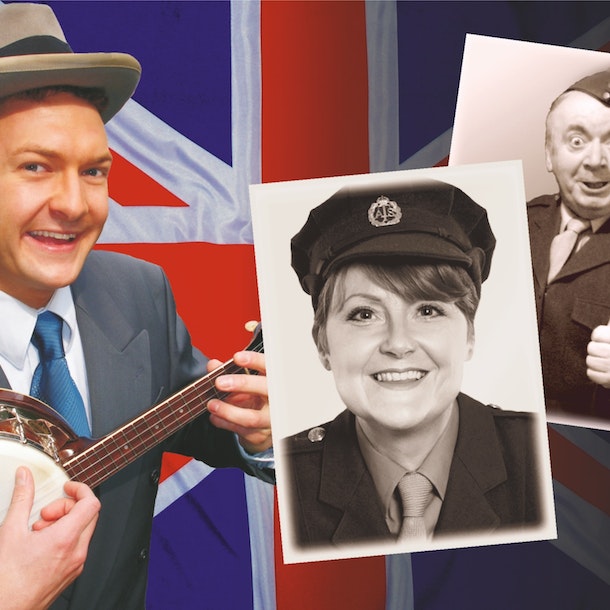 To celebrate the 75th anniversary of VE Day, we dust off the 1940s songbook for a tribute to the legendary stars who kept us smiling through our darkest hours. Spirit of the Blitz recaptures the tenacious optimism of war-torn Britain on the long road towards peace.

Sing along to swinging hits like Don't Sit Under The Apple Tree, Bless 'Em All, Leaning On A Lamp-Post, and of course, We'll Meet Again.

For those who remember the 40s, the show is a trip down memory lane; for those who don't, it’s a 'Sentimental Journey' back through time to the glorious melodies and good clean comedy that accompanied a dogged nation's battle for survival.

This unmissable performance is devised and produced by Andy Eastwood, with musical direction by Martyn St James.